Very quick blog today because there’s no new YouTube video or movies to discuss this week (outside of John Wick 2 or LEGO Batman, both of which I enjoyed immensely but they’re not horror so we won’t talk of them).

Just wanted to drop a quick note to say that the Black T-Shirt Books catalog is growing.

First off we have Zero Lives Remaining returning in ebook, paperback, and as a part of Kindle Unlimited. For the uninitiated, ZLR was released a little over a year ago by Shock Totem and they did an incredible job with it. This new version features a bonus short story that has only appeared in print once. 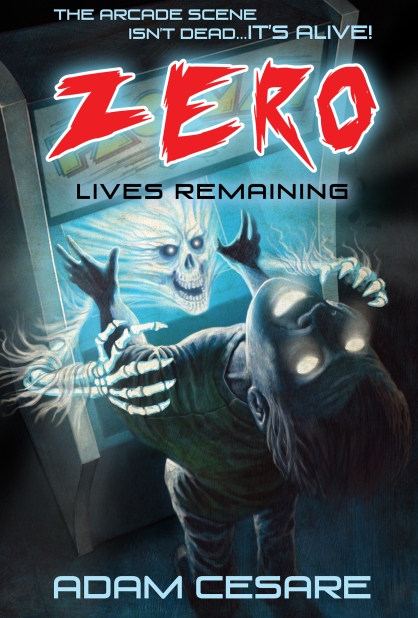 If you need to be convinced to pick up a copy of this novella, know that Fangoria said: “Cesare is a true master of fast-paced, fun, balls-out, over-the-top fear fiction, and those narrative talents are on full display in this video-arcade-set gore-o-rama ghost novel…” and Rue Morgue chimed in: “The victims in Zero Lives Remaining are different–far from being the typical lost, wide-eyed fodder, these outcasts and obsessives quickly catch on to the truth of their awful situation and come to battle armed in their own strange ways…enough to leave every joystick of the arcade drenched in blood.”

I am immensely grateful to Ken Wood for helping me put this new version of the book together and hope that you’ll pick up a copy and tell me what you think in the form of an Amazon review (those help a lot).

Not to be outdone, The Summer Job (previously available as an ebook and on Kindle Unlimited) is now in a beautiful paperback. I think Fredrick Richardson’s cover for this book is one of the finest I’ve ever had on my work.

Here’s a picture of the real-life product (along with a few of its friends): 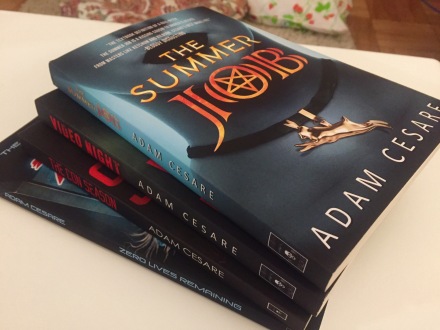 If you can’t read it, that cover quote goes like this:  “The textbook definition of a nail-biter. The Summer Job is a kissing cousin to inbred classics from masters like Ketchum and Kilborn. Cesare’s best novel yet.” –Bloody Disgusting

I am overwhelmed by the response to these re-launches and so glad that these books have found new readers. That’s all they’ve ever wanted: to be read.