How’s things? Things are good with me. Finishing up a number of projects that are going to keep me hyped up from 2019 and beyond, but can’t quite talk about any of that yet. I will say that the Video Night audiobook is continuing to slay. I think a lot of that is down to Matt Godfrey’s awesome performance. If you’ve listened to it and could leave a quick review on Audible: we’d appreciate it. 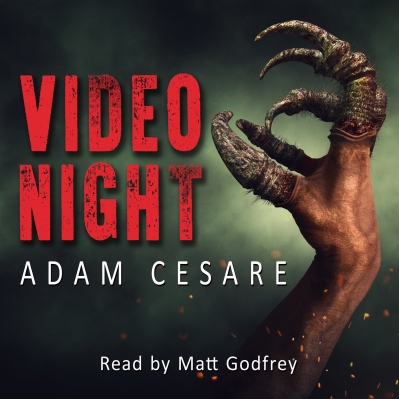 But enough about me, this last week there were two big book releases from the Black T-Shirt crew.

First is Triple Axe by Scott Cole. This is out from Grindhouse Press, one of the absolute best cross-genre publishers in the bizarro scene. It’s hilarious and profane and I cannot recommend it more as a weird, mind-expanding slasher beach read.

Next is a reissue of Matt Serafini’s Under the Blade. This remastered, updated edition of Serafini’s taut, frightening, and twisty slasher-thriller is now available in paperback and ebook.  But don’t take my word for it, Brian Keene said: “Echoes of horror’s paperback glory days, but spills new blood with a modern protagonist and style. I loved it!”

And even though it came out a few weeks ago, we can’t forget to mention Pat Lacey’s horror-movie-themed novel Bone Saw, out now from Perpetual Motion Machine Publishing. 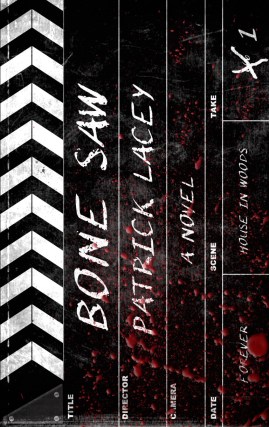 So those are my big recommendations while you’re waiting for the next Adam Cesare book to drop (and believe me, I’m waiting too, but the wait’s going to be worth it). Like *all* authors, Matt, Scott, and Pat really appreciate (and most times financially benefit) when you leave a quick Amazon and Goodreads review of their books when you’re done.

If you’ve been neglecting to keep up on my YouTube videos or (gasp!) haven’t subscribed to my channel, I’ve been having a lot of fun sharing movie and book reviews over there. Here are a couple of my recent faves: 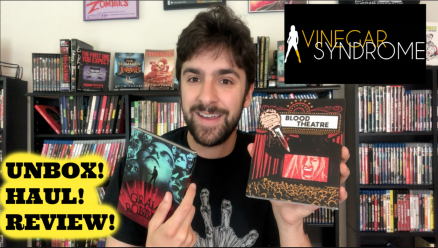 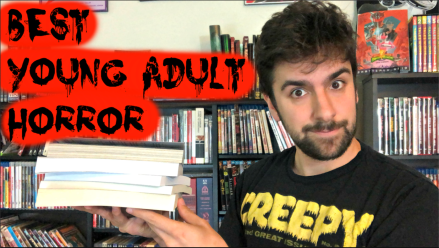 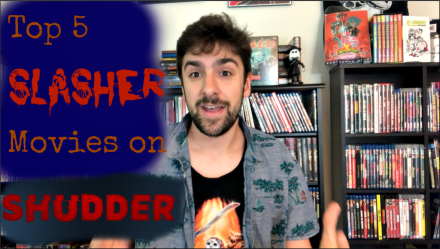 Laura Lee Bahr’s debut novel Haunt is the literary equivalent to a Rubik’s Cube. Maybe that analogy won’t hold up for everyone, but it certainly does for me because there’s no way in hell I’ll ever be able to solve a Rubik’s Cube.

I don’t mean to imply that the plot is based on an indecipherable puzzle (although there is a strong mystery thread that weaves through the pagecount). What I mean is that even when Haunt is at its most frustrating: it’s always fun.

What on the outset looks to be a multi-perspective story about the intersecting lives of three different characters turns into an ever-shifting (and ever-collapsing) meditation on storytelling, relationships, metaphysics and, ultimately, life itself.

The plot (as far as it is summarizable) concerns Richard, a broski from Middle America who’s recently moved to LA, Sarah, the spirit who haunts his apartment and Simon, the magnetically dashing journalist who’s somehow tied up in Sarah’s death (or is he?). If that sounds vague and confusing…it is. This is a difficult book to summarize not only because I don’t want to ruin the surprise, but because Bahr herself is constantly messing with the chronology, reliability and even the planes of reality within her novel.

In the introduction, editor John Skipp reveals that the book was originally intended to utilize a “Choose your own adventure” structure. I’m glad that the gimmick was jettisoned, because what Haunt is now is a multi-tiered adventure where you have no choice, even when one is being offered to you. It’s a puzzle where some of the pieces are missing and where some were never meant to fit together in the first place. The result is invigorating.

Bahr’s book is colorful, beguiling and intelligent without ever feeling snooty or overindulgent. It’s a book that straddles a number of lines effortlessly: it strikes just the right balance between highbrow and lowbrow; it never lets its perplexing nature overshadow the reader’s sense of forward momentum or atmosphere. As far as it dives into the surreal, Bahr’s prose always feels grounded, the way I feel art like this needs to be for maximum enjoyment (think David Lynch or earlier Darren Aronofsky).

Highly recommended for the adventurous readers among you (and I’d like to think that’s all of you, so don’t disappoint me